A New Assignment for the Dunfords 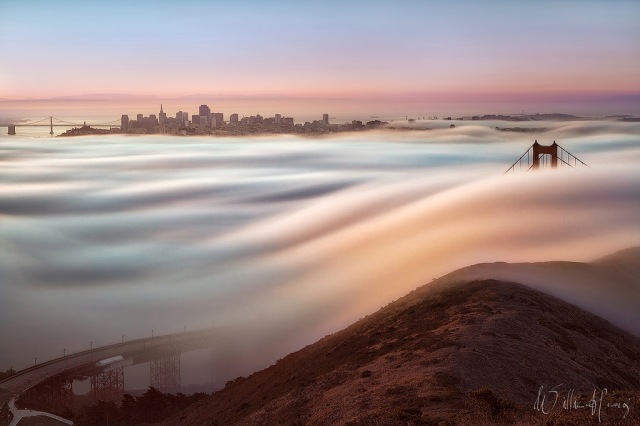 I am excited to announce that I have accepted a call from Redeemer Church of the Silicon Valley in Fremont, CA to join their church planting team. We are looking forward to this next mission assignment, and the opportunity it gives us to serve together as a family, doing what we believe we’ve been called to do—make disciples of the nations. As excited as we are to go, we are also sad to leave. On Sunday I announced that I am stepping down from my role as pastor-elder at Community Evangelical Free Church of Harrisburg, and previously it was announced to our staff and missionaries at ABWE that I would be resigning from my role as Vice President of Mobilization and Communications. Paul Davis, President of ABWE, is graciously allowing me to remain with ABWE as a West Coast missions mobilizer, and I will continue to cohost The Missions Podcast and be involved in various projects for the mission.

My wife, Tara, and I first joined ABWE in 2006. At the time I was serving as an associate pastor in Perry, Michigan, and felt God leading us to serve him overseas. Although we eventually returned to our sending church where I resumed my pastoral ministry, our time with ABWE left an indelible imprint on our lives. In 2015 we again found ourselves in the midst of transition—one not of our own making. Our ministry at Northland International University had come to an abrupt and unexpected end when the school was forced to close. I was hurting. My family was hurting. I was struggling with feelings of anger, doubt, and distrust. In those dark days, I struggled with insecurity and fear about not only my gifting, but about my future in ministry. As we evaluated our calling and our opportunities for service, we had to weigh them against the very real need for employment. As I wrestled with the possibility of returning pastoral ministry, I began to realize that I wasn’t ready emotionally for the demands of that form of ministry. It was an incredible blessing when Duane Early and Jim O’Neill from ABWE reached out to us about joining the team as the Vice President of Mobilization.

The last three years have been a blessing even though they’ve had their share of challenges. It has been a blessing working with men and women who are committed to Jesus Christ with every fiber of their being. I’ve been able to travel the world and see first-hand the work of ABWE missionaries. I’ve spoken in dozens of churches and Christian Universities about God’s heart for the nations. I’ve been able to witness hundreds of men and women mobilized for service in the harvest field, and although I can take credit for none of the fruit, I have been able to take part in the joy as a result of Christ’s work in the hearts of men and women. ABWE has allowed me to be involved in missions in ways that I had never imagined were possible.

A second great blessing of our time in Harrisburg has been our involvement in Community Evangelical Free Church. From the first time we visited as a family, we knew this was meant to be our church home. Jason Abbott, Benjamin Vrbicek, and Ben Bechtel have been incredible pastors to our family. Every week we have been challenged by the preaching of the Word, and have experienced the blessing of serving in a community of believers. For the past two years I’ve been able to serve on the elder team. Through serving with that band of brothers, I felt my desire for pastoral ministry returning, and my heart for life on life ministry being renewed. Our time with our small group, and my wife and children’s involvement in the youth group have been life giving. My wife has loved her job as office administrator at Lingelstown Life and the team there has loved her and treated her as family.

Despite these blessings, the challenges of a traveling ministry, the needs of my family, and a growing desire to be reengaged in missions and local church ministry, caused Tara and me to realize that a change was necessary. As we began to pray for guidance we had no inkling that the end of our prayers would lead us to the Bay Area. Some time ago, old friends of ours, Bob and Jennie Bixby, reached out to us with the dream of approaching the Bay Area and Silicon Valley as a mission field. Their desire was to see families with the battle scars of experience come to the area as pastor-missionaries. Those that know me know that I am a cheesehead through and through. I love snowy winters, cool summers, and Packers season (otherwise known as Autumn). The majority of our family and friends are in Wisconsin and Michigan. I have always preferred the Great Lakes to the Ocean. Moving to California has never been on my wish list. But as we explored the challenges and opportunities that the Bay Area provided, I could feel my mind and heart make the shift from advisor to participant.

The Bay Area is made up of San Francisco, San Jose, Oakland and the 12 counties that surround those cities. Together they make the 5thlargest metro area in the country with over 8.8 million people. If the Bay Area was its own nation, it would have the 17thlargest economy in the world. The area is not only populous and wealthy, but it is culturally influential. As home to tech giants such as Facebook, Google, and Apple, and universities such as Stanford and Cal Berkley, the thoughts and content coming out of the Bay Area have an outsized influence on our world and culture.

This area is also in incredibly needy missions field. The Bay Area has attracted people from all over the globe. The culture is inviting and diverse, but also without Christ. Barnarecently called the San Francisco area as the most “unchurched” city in America. Another Barna poll called the Bay Area the 8thmost “post Christian city in America.” While one portion of the population is post-Christian, another portion of the population has never been evangelized. Fremont alone, a city with almost 250,000 people is over 50% Asian with many coming from people groups who would be considered unreached or formerly unreached. There are neighborhoods with so much Chinese language advertising that I could imagine I was back in China. Fremont is home to the largest Afghan community in America, and the Bay Area is home to over 250,000 Muslims. There is even a small Uyghur community in Fremont. The area is home to at least 22 communities of unreached peoples with 11 of those completely unengaged with the gospel.

There are churches in the Bay Area, but not enough to reach the growing and diverse population. Redeemer Church is a small body with a big vision. As a church replant itself, they have a vision to see a network of churches planted with a missionary DNA. God has fanned a flame of general interest into a flame of passion for the people and the area. We know from experience that local church ministry needs to be long term and not itinerant. It is our prayer and desire that we put down roots in the community, invest in our neighborhood, and open our home and our lives with the gospel of Jesus Christ. Our current plan is to transition out of our current roles and move to the Bay Area by the end of January.

If you would like to hear more you can listen to Bob and I talk about our vision on The Missions Podcast.We would love to have you pray with us about this move. Moves are hard and this one will be hard on all of us, but especially on Halee, Basil, Augustine, and Caedmon. Pray for my boys that they leave well, and that they adjust quickly to life in a new place.  Pray for Halee as this transition is uniquely odd for her as she is in college. She will start her semester with a home in one location and return to her family in a home on the other side of the continent. We’d love to have you partner in prayer with us for the ministry we are joining and the ministries we are leaving behind. We are also in need of financial partners. While my salary is currently covered, the cost of church planting in one of the most expensive regions of the United States is high. We have set a goal to raise $100,000 for church planting and operating expenses. If God would lead you to partner with us, you can give directly to Redeemer Church until my new account with ABWE is set up.  We are also praying for a number of intrepid, missions minded people to join us in this endeavor. We have a need for people to move to the area, get jobs, establish themselves in the neighborhoods and pour their lives into the community with us.

We know that we are in a spiritual battle. The enemy is great, but our Champion and King is greater by far. The weapons of our warfare are not found in the strength of our flesh, but are grounded in the gospel of Jesus Christ. “Of this gospel I was made a minister according to the gift of God’s grace, which was given to me by the working of his power” (Ephesians 3:7).

Lead Church Planter at Redeemer Church of Silicon Valley and Director of West Coast Mobilization for ABWE International.
View all posts by Scott Dunford →
This entry was posted in Uncategorized. Bookmark the permalink.

3 Responses to A New Assignment for the Dunfords